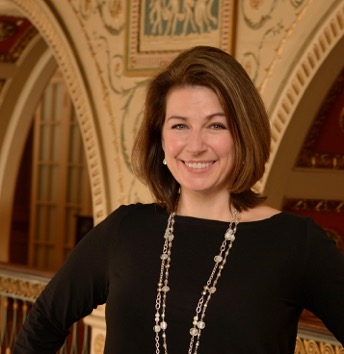 Katy Yocom was born and raised in Atchison, Kansas. After graduating from the University of Kansas with a degree in journalism, she moved to Louisville, Kentucky, where she has lived ever since. Her fiction, poetry, essays, and journalism have appeared in Salon.com, The Louisville Review, decomP magazinE, StyleSubstanceSoul, and Louisville Magazine, among other publications.

In conducting research for her novel, Three Ways to Disappear, she traveled to India, funded by a grant from the Elizabeth George Foundation. She has also been awarded grants from the Kentucky Foundation for Women and the Kentucky Arts Council and has served as writer-in-residence at Kimmel Harding Nelson Center for the Arts, Crosshatch Hill House, and Hopscotch House. Her short fiction has been nominated for a Pushcart Prize, and her poetry has been translated into Bulgarian. She holds an MFA in Writing from Spalding University.

She lives with her husband in Louisville, Kentucky, where she helps direct Spalding’s low-residency MFA in Writing program.