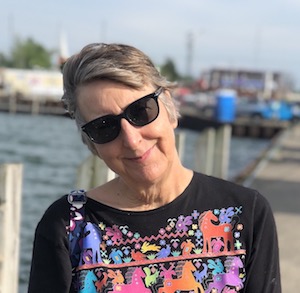 Carol J. Adams is author of The Sexual Politics of Meat: A Feminist-Vegetarian Critical Theory, which has been translated into German, Chinese, Japanese, Korean, Turkish, Portuguese, Spanish, and French. She has contributed to and edited numerous anthologies, including Ecofeminism and the Sacred and The Feminist Care Tradition in Animal Ethics.

She is also the author of Burger in Bloomsbury’s Object Lessons series, Neither Man nor Beast: Feminism and the Defense of Animals, The Pornography of Meat, and, most recently, Protest Kitchen: Fight Injustice, Save the Planet, and Fuel Your Resistance One Meal at a Time, with Virginia Messina. She lives with her partner and two rescue dogs in Dallas.